Keeping up with the industry’s latest 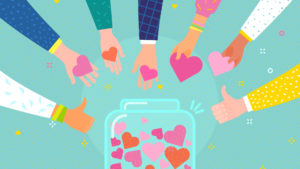 In January of this year, the American Society of Association Executives (ASAE): The Center for Association Leadership lost its CEO and president, John H. Graham IV, to an ongoing battle with cancer. In celebration of his life and legacy, ASAE’s board of directors approved the creation of a diversity, equity and inclusion (DEI) fund established through the association’s Research Foundation.

According to ASAE, the fund will be partially restricted to DEI efforts, which will allow resources from the fund to be allocated to any DEI program as needed, guided by volunteers and determined by staff.

“The decision of the ASAE fellows and past chairs to establish this fund in John’s memory is a fitting tribute,” said Susan Robertson, CAE, interim ASAE president and CEO. “His commitment to DEI will be reflected through the experiences of the next generation of association professionals who will benefit from the future programs this fund will help support.”

ASAE’s board of directors has approved a cash distribution of $100,000 to commemorate John and ignite the fundraising. Additionally, the ASAE board has approved a match of all gifts at a 1:1 ratio. ASAE members, associations, industry partners and friends who choose to honor John in this way can expect 100% of these funds to support the various diversity, equity and inclusion programs of ASAE. 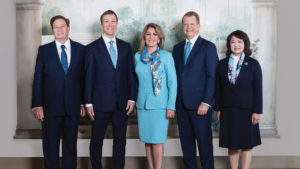 Million Dollar Round Table (MDRT), the association for finance professionals, has a diverse new leadership team at the helm. Among the leaders are Regina Bedoya, CLU, ChFC, who will serve as 94th president, and Peggy Tsai, RFP, CCFP, as secretary. Ross Vanderwolf will move into the immediate past president role. Ian James Green, Dip PFS, and Randy L. Scritchfield, CFP, LUTCF, will move into their new roles as first and second vice presidents. The leaders, with a combined experience of more than 130 qualifications, are committed to empowering MDRT members to achieve ongoing success.

“MDRT’s most valuable asset is its membership, and we continue to invest in initiatives that enhance benefits, allow our members to explore tailored resources relevant to their region, experience the magic of MDRT and bring us closer to our full human potential,” Bedoya said. 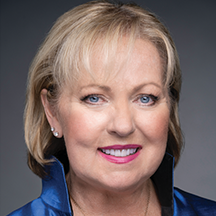 National search for president and CEO will commence on Oct. 1, 2020.

The ASAE board of directors announced an executive staffing decision that will position the organization for sustained growth following the death of longtime president and CEO John H. Graham IV, FASAE, CAE, in January.

Effective March 1, 2020, Susan Robertson, CAE, was named president and CEO on an 18-month engagement. Robertson oversees all ASAE operations, including centennial-related activities and a recent board-approved strategic planning process. Since last June, Robertson has been serving as interim president and CEO during Graham’s illness and has more than 19 years of experience at ASAE, including most recently as executive vice president of ASAE, and president of the ASAE Research Foundation. Robertson is the first woman to lead ASAE as president and CEO in its 100-year history.

“I’m thankful for the board’s confidence and look forward to working with them and the great ASAE staff to keep us firmly on course as an organization,” Robertson said. “I work with a very talented team, and together we fully understand and truly appreciate that ASAE represents the entire association community. We do not take that responsibility lightly, and everything we do is with an eye toward giving association leaders the tools and resources they need to be successful in their own organizations.”

The board also announced that a national executive search for the next president and CEO will begin in October 2020, with the intention of a new CEO beginning Sept. 1, 2021. Information about the executive search will be posted on ASAE’s website, in CEO Update and other pertinent industry publications.

Chosen by an independent panel of association experts, the awards recognize executives who exemplify best practices and who create an environment ripe for member success. Michelle Mason was honored with the Professional Society CEO of the Year Award for her bold efforts to increase diversity and inclusion, like Association Forum’s Welcoming Environment® initiative.

Earlier this year, Association Management Center (AMC) announced a new partnership with the Psychonomic Society (PS). Founded in 1959, PS’s mission is to foster the science of cognition through the advancement and communication of basic research in experimental psychology and allied sciences. PS has an international membership of more than 4,300 scientists who conduct cognitive research on memory, learning, problem solving, decision making, language and perception. PS publishes seven peer-reviewed journals and holds a large annual meeting.

“We are excited to be partnering with AMC,” says Shomette. “We are impressed by their staff’s deep knowledge and experience, breadth of resources, and strong policy and procedural controls. Together, we will work to help the Society realize its mission, forge a path for future growth and success, and continue to advance the field.”

Written by the FORUM Magazine editors