Health Care Associations: Do You Know an Actuary? You Should. 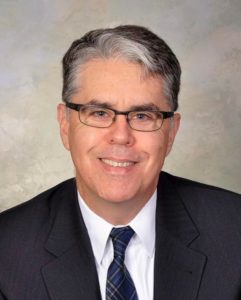 Close your eyes and picture the U.S. healthcare system in ten years. Given the constant changes in health care, sometimes it’s difficult to picture what it will look like ten days from now let alone ten years. But humor me and give it a shot. You’re probably picturing a system where providers are incentivized to keep people healthy, not just treat them when they get sick. One in which the consumer experience is streamlined, and providers have a strong connection to their community, helping with both the financing and delivery of care.

What you’re picturing in the future is already happening today, at least in some places. Providers are taking on risk as part of a fundamental shift to value-based care. Of course, taking on risk is not for the faint of heart. How can providers who have been trained to deliver care also effectively take on risk? As you may have guessed by the title of this article, the answer involves actuaries.

Kurt Wrobel is the chief financial officer and chief actuary at Geisinger Health Care. Geisinger is a provider-owned health plan and may sound familiar to you from when Barack Obama touted it as a model for the nation during the early years of his presidency. It’s a different kind of place for an actuary to work when compared to more traditional actuarial employers, but it perhaps provides a glimpse into the future. “What makes us a little bit different,” Wrobel shares, “is we are vertically integrated. So, we’re selling an insurance product as well as providing care. The industry is moving towards this type of model.”

The concept is often referred to as provider risk sharing, or value-based care. Instead of simply compensating medical providers for volume, the idea is to incentivize value: Not just waiting for patients to get sick and then treating them but aligning care and finances in such a way that providers are rewarded for keeping members of the community from getting sick in the first place. It’s a concept that is very popular in theory.

Theory by itself, however, is not enough, and as is often the case, the devil is in the details. Taking on risk is, well, risky. Providers need to partner with professionals who understand risk. This is where actuaries come in. Actuaries are the preeminent experts in the business of risk. You wouldn’t decide to board an airplane without the benefit of a trained pilot. Similarly, do not consider taking on risk as a health care provider without the guidance of an actuary.

Wrobel decided to become an actuary due to his desire to combine technical skills with business. “To me that’s the essence of statistics,” he says. “You’re taking technical work and trying to apply it to the real world. That’s something that’s always interested me. When I was an undergrad I majored in economics, which I think is very much in keeping with that interest. I then ultimately got a master’s degree in economics and still had that same notion of taking technical math and applying it to real life questions. And I felt the actuarial professional would be the best platform to accomplish that.”

You may be like many people to whom I speak, having heard of actuaries but unable to clearly define what they do. Wrobel gives a two-part definition. First, the traditional part of the definition: “Historically, actuaries estimate risk, estimate future uncertainty using statistical models and information to estimate what’s going to happen in the future.” This traditional work often includes performing functions such as setting premium rates for insurance products or determining necessary reserve levels for an insurance company.

Wrobel continues with the second part of his definition, noting that as health care providers have moved to take on risk, actuaries have broadened the scope of their work to play an integral role in this transformation. “I think we’re really expanding what we do in a lot of respects. Think about what we’re doing, for example, in medical economics. It’s actually looking at the program level, at a specific intervention, to see if a particular program will reduce costs and improve outcomes.”

While Wrobel embraces all aspects of actuarial work, it’s clear that he is especially inspired by work that falls into this latter part of the definition. Health care organizations are attempting to address the United States’ affordability challenge by creating integrated organizations focused on reducing medical costs while providing high quality care. Actuaries are playing crucial roles in this evolution given their longstanding identity as the premiere managers of risk in health insurance.

Wrobel adds that actuaries are particularly skilled at working with data, but not just in a number-crunching sort of way. Actuaries understand the numbers in the context of the overall business environment. “There is a lot of data and information out there,” Wrobel shares. “But trying to figure out which data is actually useful, what data is accurate—actuaries are particularly adept at that. People can look at a lot of information and draw conclusions, and in many cases the data is inaccurate or is something that shouldn’t be relied upon in order to make better decisions. Actuaries also have a detailed knowledge of regulations and how the health insurance environment works. One of the things that actuaries offer is that ability to connect the dots in a very complicated system to help critically look at programs and other mechanisms to reduce health care costs.”

No profession is better suited to guide health care providers in taking on risk than actuaries, who often identify with the phrase, “Risk is opportunity.” Actuaries know that risk is not something that can be avoided; rather it needs to be managed and optimized. Actuaries spend close to a decade on average going through a very rigorous credentialing process that trains them to do just that. They are then held to strict standards of professionalism and are required to obtain a significant amount of continuing education each year in order to maintain and expand those skills to keep up with the ever changing world around them.

Ask Wrobel about how others in the health care system can benefit from working with actuaries, and there is no hesitation. “One of the things, as you see this evolution to more organizations taking risk or considering taking risk is that you’re looking at fundamentally different business models. The traditional fee-for-service model is about individuals showing up and providers providing the best care possible for that individual. They then track those dollars and ensure those meet a broader budget for the organization. All of which is very critical.

“But as you see this shift to value and greater risk taking, actuaries are going to be right in the center in helping in that evolution. You start to think about a lot of different things when you start taking risk. You start to think about the size of the population. To the extent that you have a smaller membership base you’re going to have greater volatility than you would with a larger membership base. And having an understanding of how that impacts the risk arrangement is extremely important. Other things that are important are understanding the underlying population that a provider organization will be taking risk on and how that could change over time based on the individual incentives that those members face. And having an understanding of that at the product level is important. Understanding that Medicare, Medicaid, commercial, and ACA exchange populations have fundamentally different memberships and fundamentally different risk characteristics that are unique to each of those programs. And to the extent that providers take risk on an overall premium basis, it’s going to be even that much more important for providers to understand the intricacies of that risk-taking process.”

So if your association has exposure to the health care system, and you don’t know an actuary, you really should. There are plenty of actuaries who are enthusiastic about helping to transform the health care system into one that aligns financial incentives with effective care. Find one today to help pilot your journey into the world of provider risk sharing. After all, risk truly is opportunity.

Joe Wurzburger, FSA, MAAA, is a staff fellow, health for the Society of Actuaries. He can be reached at jwurzburger@soa.org. New to an Association Board? Here are the Top Three Things You Need to Know

All board members have fiduciary responsibilities. If your expertise lies outside of the finance and...