Keeping up with the industry latest. 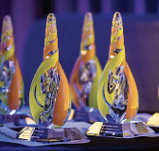 The American Society of Association Executives (ASAE) will add diversity and inclusion to their Power of A Awards program. The Power of Diversity and Inclusion Award will be presented for the first time at the 2020 Summit Awards Dinner on Sept. 30, 2020.

According to ASAE’s chair of the Diversity and Inclusion Committee, Wendy-Jo Toyama, MBA, CAE, “D+I initiatives and programs have become a driving force across associations and now is the right time to introduce an award that shines a bright light on the work the community is doing.”

The Association Forum commends ASAE for the creation of this new award category. One of our core values is to be a welcoming environment, and diversity and inclusion are a key component of that.

To learn more about the Power of A Awards, visit asaecenter.org/programs/awards-and-recognition.

Andrus comes to the College from the Veterinary Emergency and Critical Care Society (VECCS) where he served as the CEO. Prior to VECCS, Andrus spent 13 years at the American Hospital Association (AHA) in various roles with the most recent as the Executive Director of the American Society for Health Care Engineering of the AHA.

“I am thrilled to join the ACFAS community. It is an honor to succeed Chris Mahaffey and serve as the next executive director of an organization with such a rich history and important mission. I am eager to get to work with the Board of Directors, volunteer leaders and the ACFAS team to support the needs of our members and the patients they serve,” Andrus said.

Davis has worked in the hospitality industry for more than three decades. He began his tenure at VisitPITTSBURGH in 2000 as executive director of Convention Sales. He was promoted to vice president of Sales and Marketing in 2007 and to the position of president and CEO in March 2012.

Davis’ background in the hospitality industry includes executive experience at hotels in Toronto, Chicago and Pittsburgh. While at VisitPITTSBURGH, Davis was responsible for overseeing the convention sales and marketing efforts for the new David L. Lawrence Convention Center, the first Gold and Platinum LEED-certified convention center in the world.

“Dallas is an amazing city and the VisitDallas team is regarded very well nationally,” Davis said. “I couldn’t be more thrilled to be joining the team of the No. 5 convention city in the nation, the only Texas city in the Top 10 and the No. 1 visitor destination in the state. Dallas is a city on the move, and I’m honored to be a part of its future.”

Association Forum member Michelle Mills Clement, CEO of the Chicago Association of Realtors, was recently honored as one of Crain’s 40 Under 40 recipients. The Chicago business publication put together an impressive list of 40 local professionals—including an orthopedic surgeon, a vice president of a Fortune 500 company, the founder of a nonprofit, and more.

Since joining CAR in 2018, Clement has focused the association’s resources on serving all of Chicago’s neighborhoods: “If we’re going to say we’re the voice of real estate for Chicago, we should mean all of Chicago,” she told Crain’s. This includes holding events in far-reaching neighborhoods, not just near CAR’s headquarters on Michigan Avenue. CAR has also teamed up with DePaul University’s Chaddwick Institute to study a run-down CTA bus terminal and its effects on the surrounding neighborhood at Austin Boulevard and Division Street.