Embracing Diversity From a Place of Privilege

Key takeaways and learnings from the Welcoming Environment Conversation Circle. 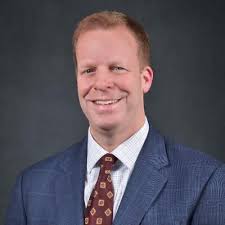 Steve Smith, MS, CAE, is currently the vice president of client relations for Association Management Center (AMC). In 2020, he will transition to the role of CEO at AMC, effective April 1. Smith also serves as CEO of the American Academy of Hospice and Palliative Medicine and is the executive sponsor of AMC’s Diversity and Inclusion Advisory Group. 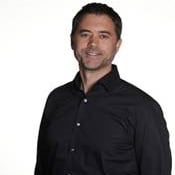 Kevin Hinton, MBA, is the executive vice president, strategy at Minding Your Business. He has over 20 years of experience in leadership roles in the association, hospitality and meetings industries, including as CEO of Hinton + Grusich, EVP of Association Luxury Hotels International (ALHI), CEO of the Society for Incentive Travel Excellence and chair of the International Board of Directors for Meetings Professionals International.

“Black people do not need allies. We need people to stand up and take on the problems borne of oppression as their own, without remove or distance. We need people to do this even if they cannot fully understand what it’s like to be oppressed for their race or ethnicity, gender, sexuality, ability, class, religion, or other marker of identity. We need people to use common sense to figure out how to participate in social justice.”

At an Association Forum Welcoming Environment event earlier this year, the topic was raised of how white men could be allies and contribute to diversity and inclusion initiatives. The discussion was important for white males in leadership to hear, but less than a dozen of the attendees were of that demographic group. This led to a conversation between Steve Smith and Kevin Hinton about how those in privileged positions can be engaged in important D&I conversations.

That informal discussion was eventually formalized into a Welcoming Environment Conversation Circle at the request of Association Forum president and CEO Michelle Mason, which convened around 30 attendees from the association community in early September. Smith and Hinton led the session, entitled “White Men and Diversity: An Oxymoron?” using a white paper of the same name from an organization called White Men As Full Diversity Partners as a starting point for the conversation.

FORUM spoke with Smith and Hinton to discuss the key takeaways and learnings from the Conversation Circle.

FORUM: Why is it important for white men to be a part of the diversity and inclusion conversation?

Smith: Diversity, equity and inclusion work is everyone’s responsibility. White men who have benefitted from privilege (education, opportunities, income) or do not identify with an underrepresented group often have the least amount of experience and exposure to the challenges faced by others. And yet, they are often in roles or positions where they help to create or change an environment, culture or practice. We know there are gaps in understanding as well as knowledge. White men need to be engaged and better informed so that they can get off the sidelines and share in responsibility for creating and leading DEI efforts.

Hinton: There are many layers to this I suppose, however one reason is that white men still dominate positions of leadership which means people like me have a lot of power – with the influence to change cultures, hearts and minds if we choose to use it.

As someone once told me, the definition of privilege is being in a position to choose whether to engage in this conversation. As one woman of color said at the event, she’s been having conversations like this her whole life.

FORUM: How can white male leaders best be supportive of D&I initiatives?

Hinton: We need to talk about (and model) inclusion—a lot (more)! Who can argue with someone making the case for a welcoming environment? Also, focus less on talking about or trying to define diversity. I don’t mean that diversity isn’t important, rather that we can do more by working towards greater inclusion than determining how diverse we (an association, an event, or your team) are.

Smith: Recognize we all have blind spots and limited experiences. Sometimes being well-intended or thinking things are better than they use to be are the most dangerous assumptions of all. We have to listen, learn and lead.

FORUM: What’s the importance of educating leaders and staff on unconscious bias?

Hinton: Even the most aware among us have blind spots which impact our decision-making and communication whether we know it or not. The idea that I’m biased can feel like a judgment, however as we learn more about how unconscious bias is prevalent in each of us, the better equipped we will be to lessen its impact on our organization and community experiences.

Smith: Everyone has bias and often it is unconscious. Some of it is formed in childhood or through personal experiences. Sometimes it is not obvious or within our control. But if we are aware of how unconscious bias creeps in and colors our thinking and even our processes—then we can be more intentional about conscious inclusion.

Here’s an example: I once sat in on a conversation where a committee was considering who to advance through a process. One participant said of a candidate, “He’s too young.” My response was to share his age and to remind the group of our commitment to DEI as well as the candidate’s qualifications. Another time I heard someone say, “Isn’t she going to retire next year?” The group moved on in a way that felt to me as dismissive even though no other insights were shared. Once again, I spoke up. I try to make sure all people are included and considered as opposed to pointing out how someone has demonstrated a bias. It’s a subtle but helpful difference that often changes the conversation.

FORUM: What are the most difficult obstacles for white men in entering the D&I conversation?

Hinton: There are few obstacles other than the ones I create for myself.  That’s the definition of privilege—to be able to decide whether or not to “enter the conversation.”  If you say something not quite right, just apologize. Own it and keep the conversation going. These conversations can feel uncomfortable—so I guess being an ally is choosing to be uncomfortable.

FORUM: How can white male leaders strike a balance between leading diversity efforts and providing space for woman and people of color to be heard?

Hinton: Make sure inclusion is always on the agenda—that it’s a strategic priority.  Model inclusive behavior and communication and get informed about how to talk about DEI.  Words have power and different connotation.  Don’t be afraid to say the wrong thing but be open to feedback you can learn from.  Ask for help—especially from people who are outside of your network or inner circle.  As I read somewhere, put the “I” before the “D.”

At the same time, do everything you can to enable women and people of color to lead – conversations, projects, committees, and organizations.

FORUM: How do generational differences exasperate issues with diversity and inclusion?

Smith: I believe age bias is quite prevalent these days. I mentioned two examples earlier. In associations, we often target early career members and millennials as people we want to engage as members. However, when opportunities to participate, lead and connect are limited or not attainable, they move on. Generational differences can be helpful in identifying the needs of a particular group of members but should not be used to limit access or to stereotype. We also know that not all people of a specific cohort are the same. Sometimes, in an effort to understand and target people using data and demographics, we risk lumping them all into one category or treating them the same. Regarding our most senior, seasoned and long-term members, I find it odd how quickly an association disengages with them or ignores their needs. When people are approaching retirement or exploring later life opportunities, how can we support and keep them connected with each other and the profession they’ve worked in for decades?

Hinton: Ageism is real, especially in our culture where we place a lot importance on youth and looking young.  In our conversation, an attendee who is in her twenties used the word queer which is preferred by many in the LQBTQ community. Another attendee—a baby boomer—pointed out that for him, this is a derogatory term. That dialogue demonstrated how language evolves over time, and that generalizations of most kinds, while often helpful, are also problematic.

A wide array of themes, challenges and opportunities emerged from Conversation Circle. The group agreed that blind spots exist in all people, regardless of the demographic(s) into which they identify or belong. For that reason, ensuring that all voices are heard is imperative to successful D&I initiatives—those that work the best are the ones that engage everyone in critical conversations. There is a sense that many associations still have a white male-dominated culture.

The attendees of the Conversation Circle were asked to answer, “What Can We Do Together?” They agreed on the importance of sharing Welcoming Environment success stories and resources, addressing unconscious bias/conscious inclusion and discussing ways that leaders can model D&I commitment by advocating and amplifying under-represented voices. They also expressed a need to identify what is uncomfortable and difficult about the work that needs to be done, as well as creating ground rules and tools for critical conversations.

Dan Shea is a freelance writer based in Chicago.