The Connectors of the Community

FORUM spoke with Don Welsh about the evolving CVB industry. 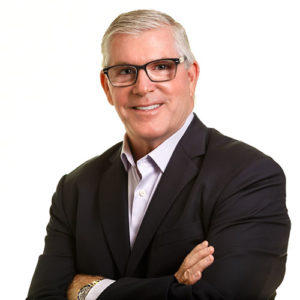 Don Welsh is the president and CEO of Destinations International. Prior to joining the organization, he served as president and CEO of Choose Chicago, where he and his team reported record-breaking results in number of visitors, tourism spending, hotel tax revenue and jobs. Previously, Welsh held the CEO position at the Indianapolis Convention & Visitors Association and the Seattle Convention & Visitors Bureau. In addition, he held senior leadership positions at Westin Hotels, the Ritz-Carlton Hotel Company and the MGM Grand Hotel/Casino in Las Vegas.

It’s a precarious time for destination organizations/convention and visitor bureaus (CVBs). From coast-to-coast and across the seas, governments and watchdog groups are keeping a close eye on any budgets that involve revenues from taxpayers. This increased scrutiny which had led to some highly-publicized questioning of CVB’s uses of resources. Don Welsh, president and CEO of Destinations International, wants CVBs to take on these challenges by demonstrating and communicating the value that they bring to their cities or states, from tax-generating tourist spending to jobs created by the meetings industry. FORUM spoke with Welsh about the evolving CVB industry, and the advocacy work and research initiatives that Destinations International is doing to secure and elevate the future of CVBs.

FORUM: Tell me about the value that CVBs bring to their destinations?

Destination organizations have multiple responsibilities, and over the last few years those responsibilities have widened in scope. In many places, where cities or states don’t necessarily have marketing departments, CVBs become the creator and the steward of the brand, as well as the conduit for anything that is tourism-related for their destination. They become the single source of knowledge and connectivity for potential visitors, whether they’re coming in for a convention or for leisure, and they become this great repository for data and information for visitors.

FORUM: In terms of the widening scope of responsibilities, what else have CVBs taken on in recent years?

In this era of having large amounts of data, cities in particular are always looking at where their revenues are coming in from, whether it’s on a weekly or monthly basis. I saw that starting around 8-10 years ago, cities were becoming much more aware of the impact that tourism organizations have in terms of visitors coming into the city—which leads to taxes, revenues and jobs. Those are some of the common metrics you look for in destinations and I don’t think they had been as visible as they’ve become in the last decade or so. I think many destination CEOs have become very conversant at dealing with local government and interacting with mayors and council members to make sure that their message and the importance of what they do can be translated to that level.

FORUM: In the last few years, has it become easier or more difficult for CVBs to make their case for funding?

I think it’s become exponentially harder. Case in point would be when the new mayor was elected in New Orleans. Even though 65% of New Orleans’ GDP is tied to tourism and meetings, one of the mayor’s first efforts was to redirect money that was dedicated for tourism efforts over to city services—I’m not talking about police and fire, I’m talking about basically water treatment plants. There are at least ten cities I think of that are facing these constant challenges.

I’ll use Austin, Texas as an example. It’s one of the fastest-growing destinations in the country. For the past three years, (Austin Convention and Visitors Bureau president and CEO) Tom Noonan and his team have had to continually fight for dedicated funds that were earmarked for his organization. They were being supported by a very non-centric group of city council members who really weren’t able to make the point of the continued investment specifically for tourism. They wanted to redirect some of those funds as well.

That’s why I think the work that Destinations International is doing in the area of advocacy and research is so critical, because there is also a shift in the way destinations are having to speak to their elected leaders. That’s one of the biggest undertakings within the work that (Destinations International chief advocacy officer) Jack Johnson and our advocacy teams are doing. We’re helping destinations change the way they’re messaging, not only to the external customer or the the meeting planner, but also how they are talking about their value proposition to the local community.

When I was in Chicago, I’d sit down with Mayor Emmanuel and we’d talk about a convention was worth $50 million or $100 million and X number of jobs. I think for the most part, there’s a certain expectation that elected leaders place on a destination organization. It was important to have the involvement of the civic leaders as well. I was hired by (former chair of the Choose Chicago board of directors) Bruce Rauner, who was at the time the chair of GCR Capital. It was important to have people like him, Jerry Reinsdorf, Tom Ricketts and major restaurant owners understanding our business. All the key players who needed to be at the table were there. In a simplistic way, I think that when you see everyone rowing in the right direction and you understand the responsibilities you have when you represent a city and bear the name of that city, there are responsibilities that the CEO has to understand to go along with that turf.

But at the end of the day, I think there needs to be a pivotal change in how that destination organization is going to become a community good and how it’s going to tie in the relevance and significance of what they do for the overall community. There has to be that community value that not only people in the industry see but is also communicated to the local citizens. So, when they see that there’s a group in town and they can’t get into their favorite restaurant, they’ll understand that’s not by coincidence. Rather, there’s an organization responsible for helping the community in terms of its economy, its vibrancy and the ideals that it stands for. It has become much more complex over the last few years.

FORUM: What sort of research is DI engaging in to support your members and the destination management industry?

Over the last few years, we realized that we live in a global community, which led to us to change from Destination Marketing Association International (DMAI) to Destinations International. We clearly laid out a mission and a value proposition that became very member-centric. The bottom line is that there is no need for this organization if our members aren’t successful. Then, we laid out four very distinct pillars, which are community, advocacy, research and education. Each of those have very detailed strategic plans and action items of that are all there for the benefit of one thing—helping our destination partners and members be the best they can be for their respective communities.

We achieve that goal through our discipline-focused summits. We have our Annual Convention—this year’s convention was hosted in St. Louis and had more than 1,525 people. We also have our education programs, our Certified Destination Management Executive (CDME) certification, and a host of additional services. A lot of it is being done through research that is based on what our members want and need. We have a very experienced research leader in (Destination International’s senior director of research and advocacy) Andreas Weissenborn, who has brought a high level of skills and experience to lead that department.

FORUM: How can associations be partners and supporters of destination organizations?

Part of the responsibility has been for Destinations International and the individual destinations to continue to evolve and talk about the relevancy of the services they provide for the meeting planner. That is a constant evolution and that is a major focus we have right now. We’ve now developed great partnerships, including, in no particular order, with Association Forum, PCMA, MPI, IAEE, ASAE and others. Destinations have had to go back and figure out new and creative ways to earn the right to host a meeting—from getting the lead to the site inspection—but it’s no longer just about heads in beds. The responsibility now is that when you got a shot at a meeting, you need to activate your entire community. You need to make certain that you align with the objectives they have in the meeting.

I’ve always been a staunch believer that no one has a better understanding of their city than the destination organization. They are the thought leaders. They are the connecters in the community that bring together speakers who may be relevant for that meeting. They are the source of knowledge when it comes to the existing the product, as well as what’s in the pipeline, because that’s their job. No hotel sales organization can do that. No third party can do that.

There is this great collaborative effort taking place right now, and I have to give our friends at MPI the shout-out for being the first of the major association partners to launch a comprehensive media campaign to talk about the value proposition of destinations for meeting planners. We can continue to do our work to talk to the planners about the value we provide, and that’s great, but when you get the industry associations of which the planners are members involved, that’s where I think this great synergy is happening.

FORUM: How do you see CVBs and the industry evolving over the next decade?

I think this applies to any organization, and that is relevance. I think that number one, CVBs and destination organizations are going to have to continue to evolve. They’re going to have to continue to look at emerging technologies and look at what differentiates their community from others potentially in their competitive set. I think they have to have an alignment of products and services that are wanted, whether by a leisure tourist or by a meeting planner. I think technology will always play a critical role, but the real point of difference is that connectivity that the CVB needs to employ when they have an opportunity to the case for why their city should host a meeting versus someone else. There’s no resting on any laurels or resting on any systems. There’s got to be a constant re-evaluation of how you do business and assessing whether you are staying relevant and worthy of business, as well as funding.

Dan Shea is a freelance writer in Chicago. Maximizing Engagement for Meetings (Online, In-Person, and Beyond)

A well-run event is all about creating community. Read on for six tips on attendee... Trade Shows Continue to Rebound in 2022

Read on for three key signs that trade shows are bouncing back in 2022! Smithbucklin Executives Share Secrets for the Best. Meeting. Ever.

Panelists at Forum Forward 2022 share their tips for a productive and engaging meeting.